The Art of Nature: Bill Oliver – (Under the Texas Sky by Cecilia Nasti)

Austin singer/songwriter Bill Oliver, better known in music and environmental circles as Mr. Habitat, writes and performs songs with messages of environmental stewardship for all who will listen. We highlight Bill’s life and work in our occasional feature, The Art of Nature.

“Clever and outspoken, one of the planet’s staunchest defenders”
Charles Alexander, Huff Post 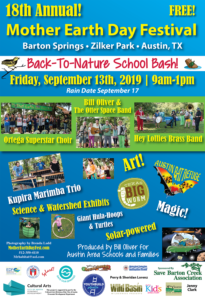 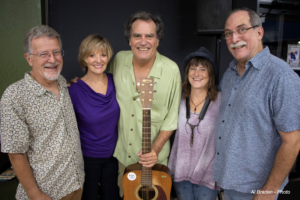 “The Otter Space Band pumped up kids of all ages with groovy tunes! We love their energy and lyrics!” New Braunfels Science Fest, 2018

Lloyd Doggett, US Congress
“Libby and I, with our children, now our grandchildren – grew up with some good music that came right out of Austin. Bill Oliver –  a great voice for our environment!”
— Presenting Bill US flag flown from Capitol Building in DC  (not a pizza!)

“Austin Montessori School has been known to burst out singing
Bill Oliver’s song ‘Have to Have a Habitat’.”