Clever and outspoken, this folk singer and environmental activist from Austin, remains one of the planet’s staunchest defenders.
— Charles Alexander, Huffington Post

Thanks to all-but especially Bill Oliver and the City of Austin Cultural Arts Programs for the wonderful Mother Earth Festival. We would not miss the festival for the world.
Barton Hills Elementary, 2018

Oliver weaves his lessons with skill and artistry … we’re filing it next to our Pete Seeger albums.
Parent Wise Magazine, Austin

It was a rare treat for the children to experience and you really understand kids – it was a great show!
Houston Elementary, Austin

Thank you for creating and inviting us to a program that promotes the spirit of learning and teaches appreciation for science and Mother Nature. We also got to listen to some fun music that was quite entertaining – The Otter Space Band!
Sanchez Elementary, Austin

I have some second grade students who adore “Habitat” and are creating choreography for the song!
Cambridge Friends School, Cambridge, MA

Enjoy educational activities, music and games at the Mother Earth Festival. Kids have the opportunity to learn about Austin’s watershed system, the animals that inhabit Lady Bird Lake and Barton Creek, and you’ll get a chance to make your very own Barton Springs salamander sock puppet.
Austin Woman: Things You Must Do This Month

Our guest is a popular musician who entertains with lively songs that deliver ecological messages. Bill Oliver has been listed in the Texas Commission on the Arts Touring Roster and honored for his efforts to educate children about environmental issues by the City of Austin.
Texas A&M University – San Antonio. Early Childhood Program

Bill Oliver is simply one of the most enthusiastic, joyful, and positive forces in the world of music today.”
Peter Yarrow 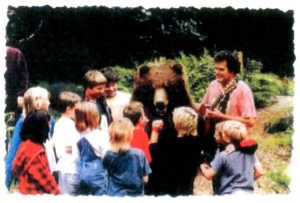